The application can generate photo's, sonar & lidar images, pdf, xml reports and text on video for distribution both from the desktop application as well as the cloud. 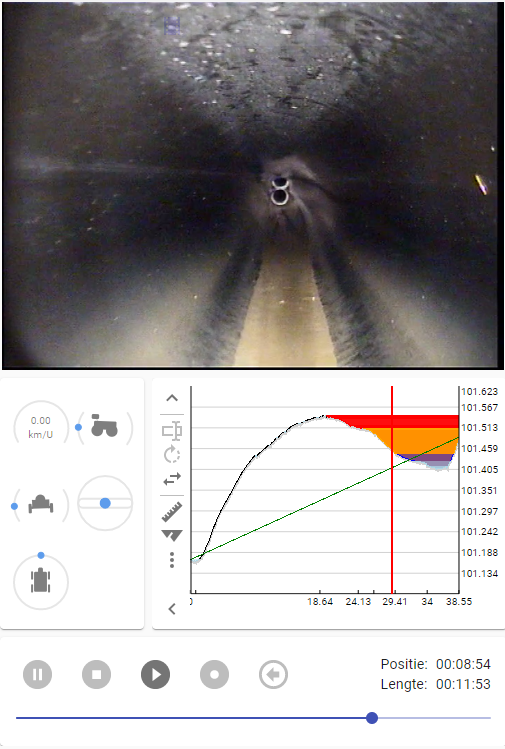 Add the emails of users or organizers that get access to to the projects. See who has opened them and who hasn't.

Select all the projects that you want to create reports for and publish to the cloud. Perform a bulk operation and send out many projects at once.

Before publishing, the system performs a spell check and automatic correction & standardization on location names by using google maps. (All changes are tracked and can be undone)

Do a geographic search on terms such as a principality name, province, region or state and that in a different language than that of the inspector. 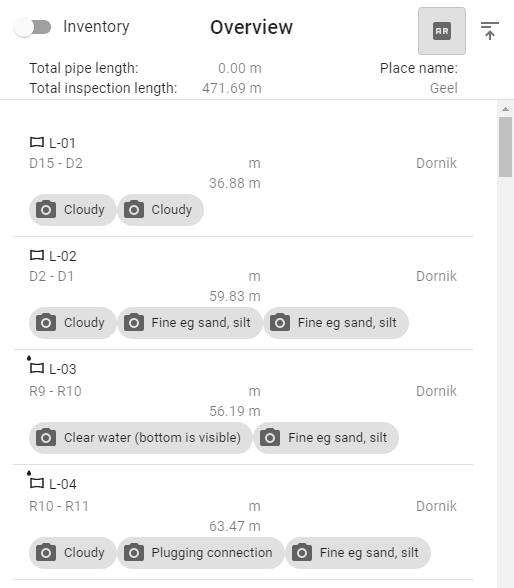 These are commercial systems that have been fully or partially integrated into the application. Hardware from this list can usually be set up with a couple of mouse clicks.

If your system is not yet directly supported or you have built your own gear, it's still most likely possible to connect your cameras with the application. It will just take a little more configuration.
The following list contains all the different types of cameras that you can use:

Sometimes also called tractors. These machines need to provide information such as distance traveled, pitch, roll,... Sometimes the application can also control them, up to a level of degree.
It is possible to define data maps for crawlers that send out binary data, where each packet contains all the required data. With such a data map, you can say which value can be found at which position in the byte stream and how it should be read (little/big endian, nr of bytes) without having to write any code or change the application.

The following communication protocols are supported:

The following types of sensor are currently supported by the application. The values for these sensors are usually provided by the crawler, but can also be from another peripheral that is connected to the system.

CAM-I currently also has an experimental feature that allows you to view points of interest in the sewer system above ground using augmented reality. At this moment still very much a work in progress and not suitable for use in the real world cause of inaccuracies. But I believe it is a feature that does have a lot promising applications and benefits.

check out this video of a first attempt: